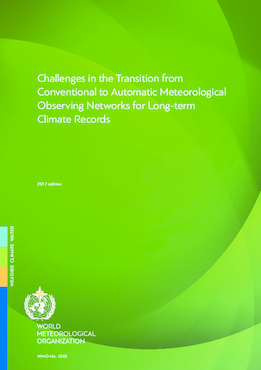 Guidelines for managing changes in climate observation programmes, with a set of recommended practices by which such changes can be managed, have already been published (WMO, 2007). This guidance note will focus on those AWSs likely to form part of long-term climate records. These will normally be owned by NMHSs or associated agencies, or sometimes by third parties (such as aviation, agriculture or road transport agencies) under standards endorsed by the NMHSs. Experience shows that private AWSs can be useful for some climate purposes (such as providing information on individual local-scale extreme events) but rarely have the length of record, accuracy or exposure standards, or long-term stability of site and instrumentation, to have much value for monitoring on timescales of a decade or longer.