WMO Greenhouse Gas Bulletin (GHG Bulletin) - No. 13: The State of Greenhouse Gases in the Atmosphere Based on Global Observations through 2016 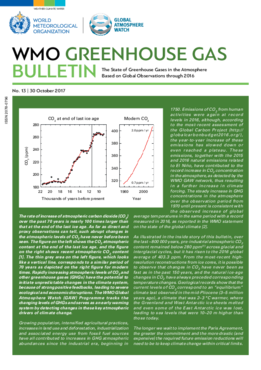