WMO Statement on the state of the global climate in 2016 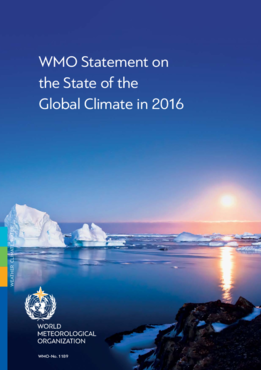 This latest report confirms that 2016 was the warmest year on record: a remarkable 1.1 °C above the pre-industrial period, which is 0.06 °C above the previous record set in 2015. This increase in global temperature is consistent with other changes in the climate system. Globally averaged sea-surface temperatures were also the warmest on record; global sea levels continued to rise; and Arctic sea-ice extent was well below average for most of the year.